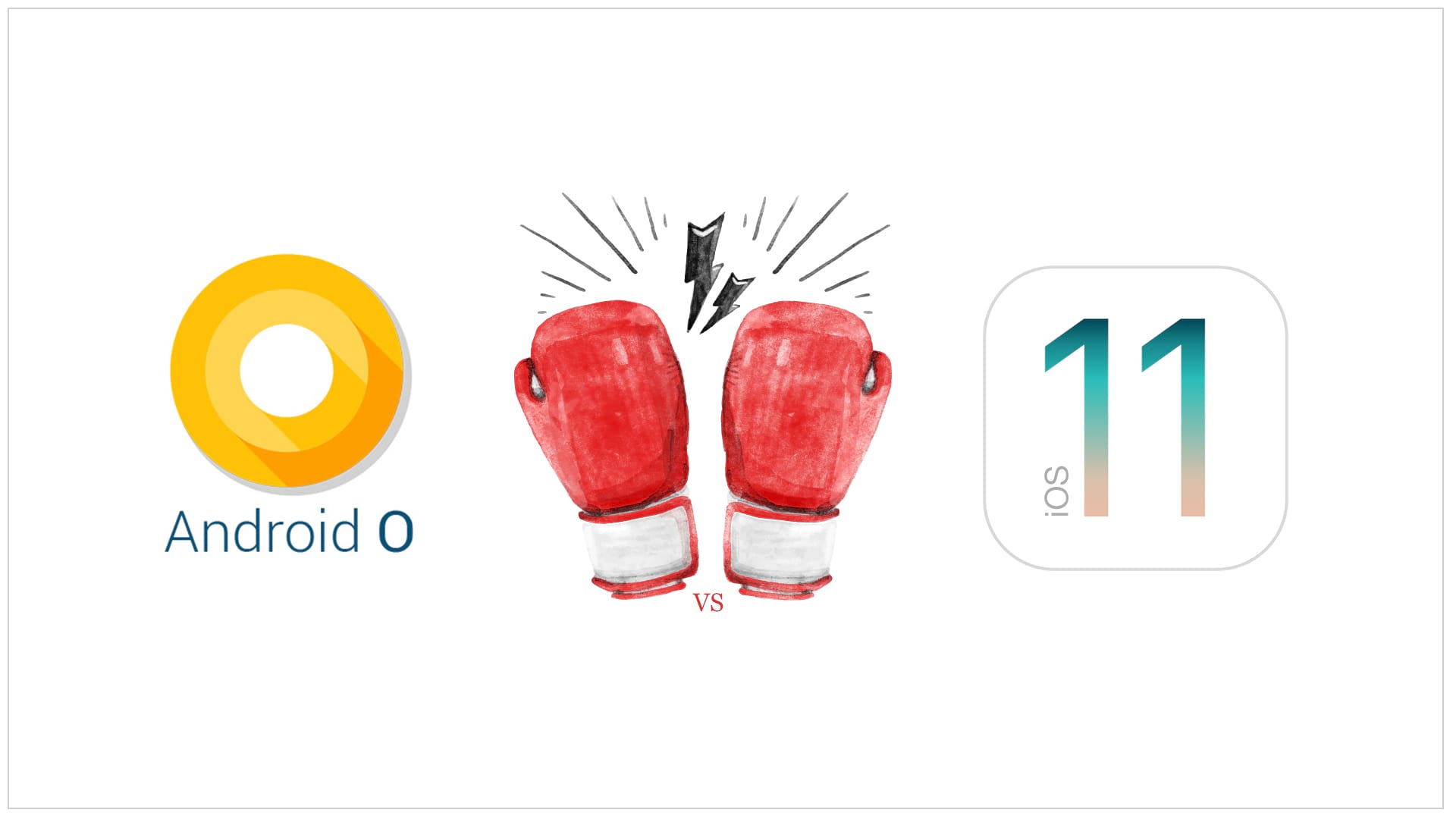 Google’s Android and Apple’s iOS are the leading mobile platforms. Several instances report the clash between both of the leading platforms. With the recent official declaration of iOS 11 launch, the legacy of clash continues. Google had introduced Android O a few weeks earlier, and Apple launched iOS 11 recently.

Android O integrates several incredible features which are very useful in comparison to the previous versions of Google’s Android.

The custom Android launchers have easy access to the notification badges which is not officially offered by Google. In Android O, a small dot appears on the app icon when the user receives a notification. This feature on Android O is different than iOS as Android offers the users to tap on the app to open it and to access the notification. The users can even long-press the icon and get a short list of the actions they can perform with this facility, the users are able to access the pop-up notification without opening the app.

The basic text selection tools are unchanged and are being used since a long time. Android has introduced a new format of smart text selection that uses Google’s AI that intelligently analyzes the selected theme and provides the contextual shortcuts.

Auto-fill is another excellent feature that is available with Android O. This feature amazingly makes the Android users go lively! With this feature, the users can quickly log in. Android O easily remembers usernames and passwords that can help the users to login to the apps easily.

Vitals is another incredible feature. But this feature is referred as a suite of tools which helps to improve the security as well as the performance of the Android device. This includes the Google play protect feature and it acts similarly as the virus scanner that scans the app for preventing any malicious attack. This feature also prevents the apps from running in the background for a longer time.

Android O is considered as a clean version of Android in terms of UI. The aspects that make Android O different are the Notification Shade and the Settings of the App. Though the difference is not extensive, there are smaller changes which make it more appreciable.

Looking for an android or iOS App? Contact Us Now!

For iOS 11, App store has been redesigned especially by Apple. The users will get a great new collection of apps that are centered around the particular theme as well as tutorials. The tutorials will be helpful to guide the users to access the apps in a perfect way.

iOS 11 integrates new Dock that allows the users to access the frequently used apps and files in an easier way from any screen. The new App Switcher is designed for making user’s life easier. The users can quickly change the apps and open the new apps. This feature also allows dragging and dropping in the entire system. Anything can be moved easily between two apps with multitasking feature.

This feature on iOS 11 is exclusively for iPads. This feature stores the documents in one place where it is easy to access. The users can easily drag and drop the attachments from mail as well as any other app into any particular folder. This feature also allows creating folders and helps the users to stay well-organized. iOS 11 integrates such feature to support multitasking and to operate the applications and functions in a faster way for users.

Do not Disturb feature integrated in iOS 11 works same as it works in Android O. This feature helps to avoid any distractions while driving. It also allows the users to access the online navigation features easily.

iOS 11 is updated with numbers of new features that includes ‘App drawer’ and a new updated version of ‘Apple Pay’. Apple pay feature allows the users to pay via iMessage. Thus, this feature is considered as a game-changer. Apple Pay uses TouchID fingerprint sensor and the money received would be transferred to Apple Pay Cash Card. This transferred amount can be used for any payments on Apple store or even can be transferred to the bank account.

Apple has integrated a special feature in iOS 11 that is quite convenient for the users! With the single handed keyboard, the users can easily operate the device single-handedly.

The above featured specialized features offered in the latest OS versions from the leading mobile platforms are certainly unique and high-defined in their way. But in comparison to iOS 11, Android O scores high which makes it the winning operating system. There are several other features that Apple need to integrate with iOS 11 in order to compete with Android O.

Which operating system is the winner according to you? Leave your comments below.