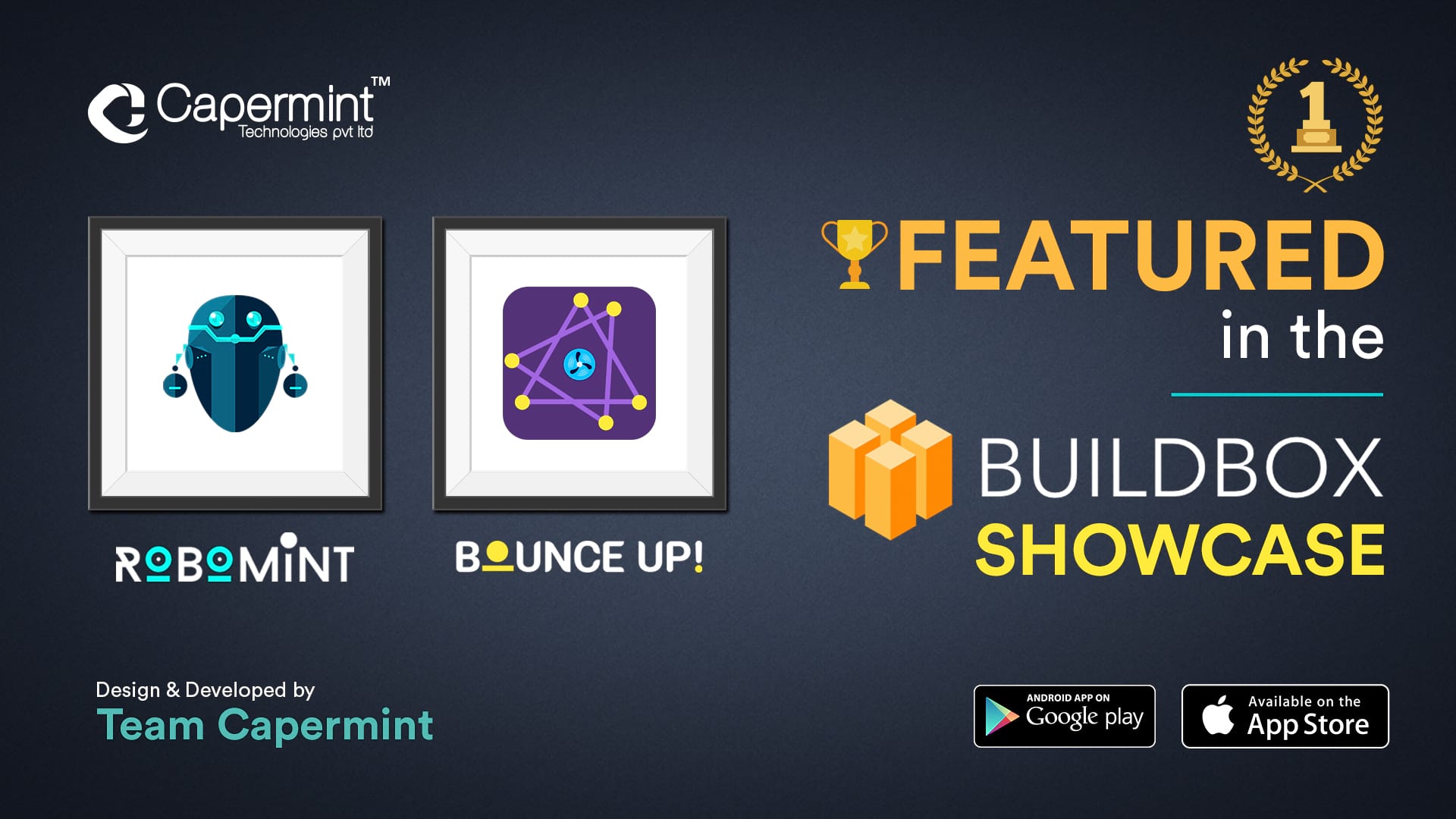 Bounce UP And RoboMint : Featured in BUILDBOX Software Engine

BuildBox is drag-and-drop game-building software concentrated on game creation without programming, coding, or scripting. The center group of onlookers for the product is business people, planners, and other gaming lovers without earlier amusement advancement or coding information.

BuildBox was established by Trey Smith in August 2014. It is a cross-stage advancement platform that can be kept running on both Windows Operating System and OSX. Principally used to make versatile applications, Build Box trades finished diversions to iOS, Android, Amazon Mobile Devices, Amazon TV, Mac, PC, and Steam.

We at Capermint Technologies have demonstrated ability and reputation in building modern amusements with BuildBox game engine. With a variety of fruitful amusements worked by us with this famous device, we are presently one of the authority specialist co-ops in BuildBox game development.

We are very happy to announced that BuildBox Games developed by Team Capermint – “Bounce UP” and “RoboMint” Featured in World’s Fastest Software BuildBox.com

Robomint – A BuildBox game giving gamers an exquisite level of adventure. The rock and roll doubles with the vigorous enemy that can squash you like an ant within fractions of seconds but gets defeated by your proactive power-up, super destructive weaponry, and extra scoring opportunities.

Looking for BuildBox game development services? or Want to build something amazing? , Contact us now.

Pokemon Go: One of the Most Successful Game App Ever

The Look and Feel Vs the User Experience of Mobile App