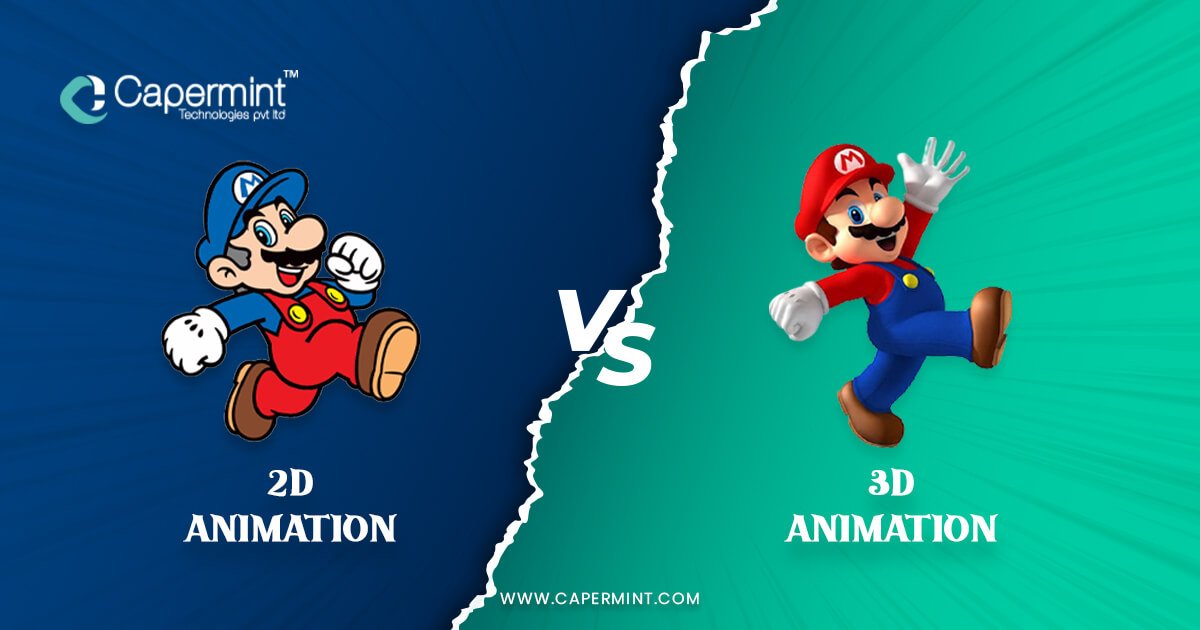 Difference Between 2D and 3D Animation – The Complete Guide

If you are asked to imagine Mario – the super famous game character, which one from the below-mentioned image will you imagine? 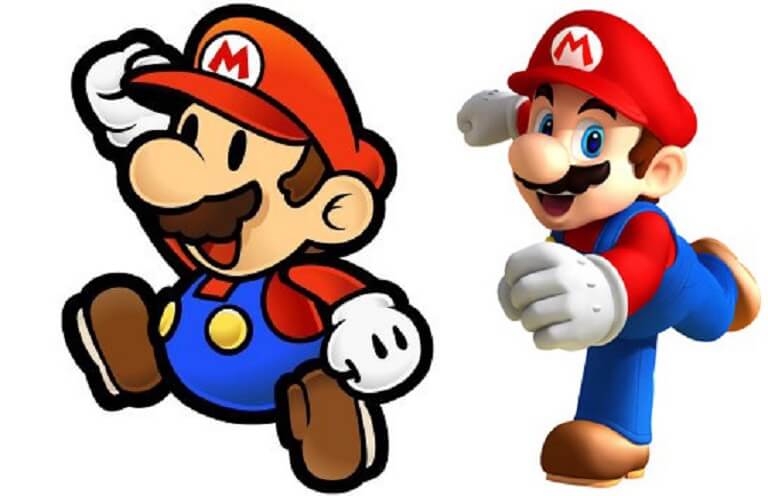 So, which one is the better Mario? Or a more relatable question, which animation is better – 2D or 3D?

In this article, we will have a look at what 2D and 3D animation are, and what differentiates the two.

What is 2D Animation?

2D stands for “Two Dimensional”. So, 2D animation stands for an animation that is based on creating movements of characters and objects in two-dimensional space, i.e. Length and Width. The animation was originally drawn using sketches, and these sketches are sequenced together in a quick session to work as an animation.

One second of the time frame is divided into 24 frames (24fps). However, now software is used instead of drawing, and thus creating 2D animation is faster and simpler. 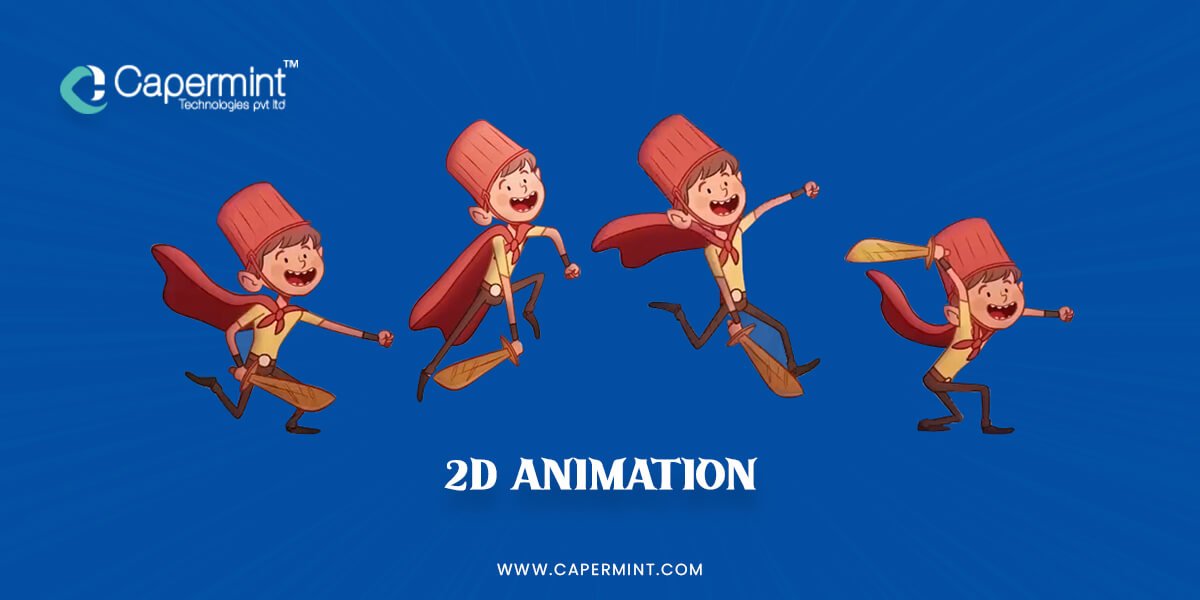 In mathematical terms, 2D animations are movements of characters, objects, and figures that have only two-axis, the X and the Y-axis.

What is 3D Animation?

3D stands for “Three Dimensional”. So, 3D animations stand for an animation that is based on creating movements of characters and objects in three-dimensional space, .i.e. Length, width, and depth. The animation is created using computer processes and software. Attention to various aspects such as modeling, rigging, rendering, etc. is required for 3D animation. 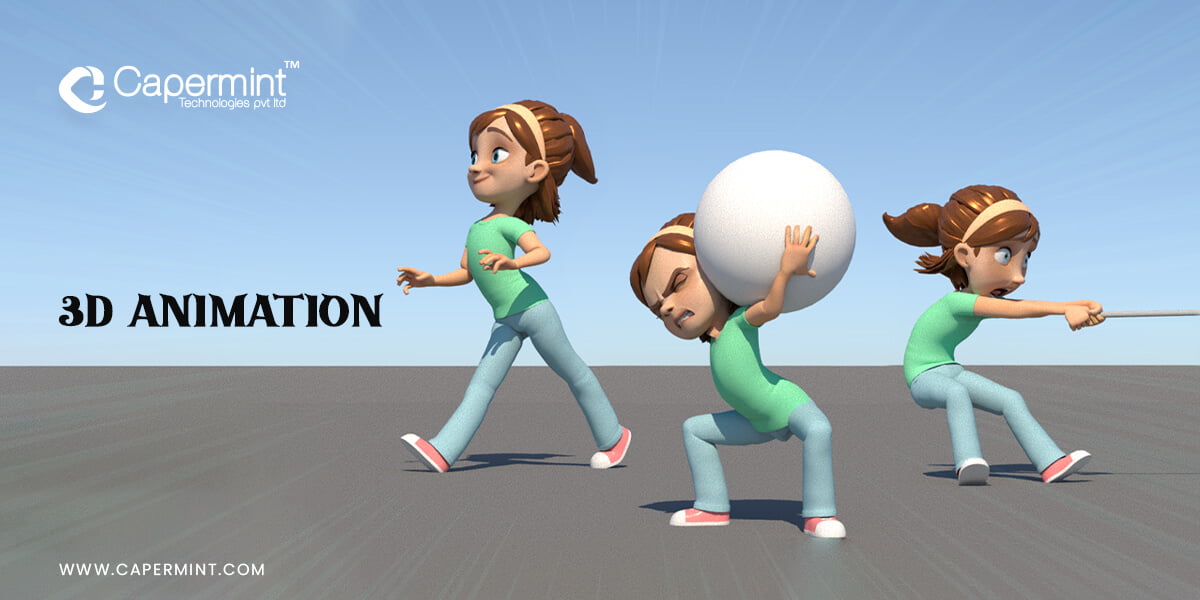 Unlike sketching and creating 2D animation, 3D animation goes through a series of processes to be created. First, you have to envision and draw the character. Then you have to create a 3D model of the same. Then the model is textured, and after that rigged.

When all these processes are completed, then the character is ready to be animated.

In mathematical terms, 3D animations are movements of characters, objects, and figures that have three-axis, the X, the Y, and the Z-axis.

Popular examples of 3D animation are Toy Story, Frozen, A Whisker Away, My Hero Academia, etc.

Here are the Top 16 Differences between 2D and 3D Animation:

Final Thoughts: 2D or 3D animation, which is better?

Actually, it is a tie between 2D and 3D animation. Both the animations have their fair share of advantages and disadvantages. 2D animation provides a nostalgic feeling in the animation, and 3D comes with a modern feeling.

Moreover, with the use of lighting effects, now 2D animation can also look as real as 3D. Cost, Production Time, and the Targeted Audience play a major role in deciding whether to choose 2D animation or 3D for your project.

The best way of selecting the right animation type for your project is by trying how your concept looks in 2D and in 3D, and then you should decide which one suits your idea or concept the best.

Do you need an animation service?

If you need cost-effective and attractive animation services for your game, animation, or film, you should try Capermint. We have a team of highly skillful and creative 2D and 3D artists who are natural at creating awe-inspiring and eye-soothing 2D and 3D animations. To contact us, click here.

Also, do let us know in the comment section – Which Animation is better according to you – 2D or 3D?