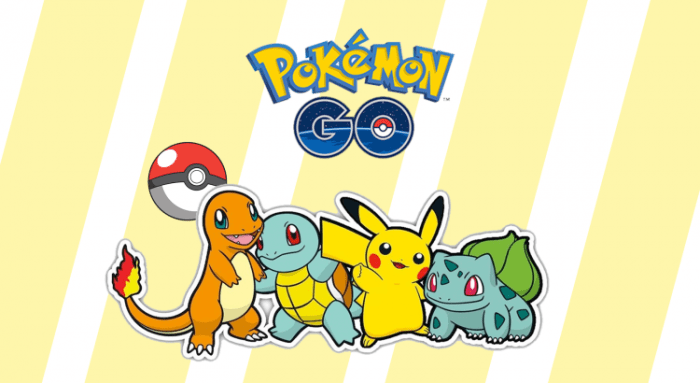 Pokemon Go: One of the Most Successful Game App Ever

Developed on one of the biggest video game franchise created of the ’90s by a famous developer of Japanese origin, Pokémon Go quickly rose to fame and within a decade almost became the biggest phenomenon American mobile users have ever experienced in a mobile game app. Well,Pokémon Go is the most popular mobile game ever in the US catching an even bigger number of users than Twitter and few other social media apps. Now, you no longer can ask who played Pokemon Go but instead, you can only ask who has not played it yet?

The inspiration behind Pokémon Go

Well, a Japanese designer and game developer named Satoshi Tajiri who in his childhood was just an insect collector by hobby gushed out the concept of Pokémon epitomizing his love for the little insects and the video games. This was one of the very first few game concepts built entirely around a live problem in any children’s life. This is precisely why this augmented reality game has superseded the so-called reality-mimic games and offered an altogether new approach corresponding both fun and the real problem.

Back in 1999 Tajiri said that it was his personal world of catching insects that inspired the concept of the game and it was named in the name of an insect only. As the places to catch insects are becoming rare due to the urbanization, most kids mostly spend their leisure time inside now and naturally they mostly forgot about insects and how to catch them. So, when building games he suddenly remembered his old school time passion and built the game both as a tribute to it and also to give something to home staying kids to play with.

It took several years of development to build the Pokemon game after the initial conceptualization and game design. The successful game of the franchise Pokémon Go released on 5th of this month and in just a week it became the most played game ever in the United States. Built by creating an augmented reality the game allows almost real world experience of catching the insects.

Pokémon GO which is available both on iPhone and Android devices allows going into the world offering a similar real-life environment of insects and their habitats. The augmented reality game built on the Real World Gaming Platform of Niantic and will allow searching for the Pokemon in real world locations. Finding the hundreds of different species of Pokémon by searching and exploring real-world surroundings in different locations will not only entertain the players but it will also help them discovering real-world reality in a digitally augmented game-space.

Get on your legs and go outside of your home to discover and catch hold of wild Pokémon in as many numbers as possible from different places and surroundings. You can explore the cities, towns, villages, marshlands and wilderness to capture different species of Pokémon. To give you a more taste of reality when you go round and round in search of Pokemon, the smartphone device on which you are playing the game will vibrate only to tell you that a Pokémon is very close to you.

After encountering a Pokémon, aim with the touch screen of your smartphone and just catch it by throwing a Poké Ball at it. You have to aim perfect and remain extremely inconspicuous and alert to prevent the Pokemon from running away. When wandering around in search of the insect you can stop by PokéStops to collect your Poké Balls and other things of your choice. PokeStops are located at various interesting locations including marketplaces, around historical sites, and monuments, etc.

Customizable trainer to help you at first-go

When starting with Pokémon GO for the first time, you have a trainer to help you learn and play the game quickly. Most importantly, you can customize the look of the Trainer as per your preference. By selecting from different apparels and accessories you can make the trainer look just the way you want it.

Pokemon Go is basically a mobile gaming app built with augmented reality technology. But understanding the potential of this game when unleashed in a dedicated gaming gadget, the company revealed a portable game device called the Pokémon GO Plus. The dedicated game devices for this game will enable players enjoying the Pokémon GO game more than what they enjoy with their smartphones. This device being capable of connecting mobile devices via Bluetooth can send notification about the progress and the results of the game. Using both LED and the device vibration it can notify players whenever there is a Pokemon nearby. The device equip with easy to use buttons by pressing which one can catch Pokémon or make other actions.

The game is absolutely free

The biggest push that made Pokémon GO an instant hit is that it offers absolutely free for users on both Apple’s App Store and Google Play. Being such a robust game with state of the art AR maneuvers, the NIL price tag really look more than lucrative. You can discover a lot of fun-filled twists and turns in going around virtual places in search of Pokemon and the whole experience just comes for free.

But obviously, to enhance your gaming experience and to add more spice to your Pokemon searching campaign you can go for in-app purchases of certain features and items. The currency that runs the game is named PokéCoins and that can be purchased by spending real money on players. Furthermore, by spending your PokéCoins you can purchase power-ups, some items, and certain enhanced features within the game.

As an augmented reality game, Pokemon Go is unique in many aspects. When visiting an interesting place or when searching for Pokémon in the wilderness, you can capture images with your avatar and the Pokemon. All you need to do is to turn on the camera feature of the game and with the in-game camera capture that moment. The captured image will save in the image folder of your device.

Bounce UP And RoboMint : Featured in BUILDBOX Software Engine