Capermint is one of the leading Augmented Reality App & Game Development Company that delivers impressive AR visualizations for the worldwide base audiences. Combining innovation and creativity after performing research, we provide unmatched augmented reality game development services to our clients.

Gaming for all Screens Our Augmented Reality Game developers have the utmost experience in developing AR games. They have a grip over the technology that enables them to develop AR games that provide the best gaming experience that will keep the users hooked to the game. Provide your users with the next-gen real money game which is bestowed with the Augmented Reality feature. With this, the users can just point their phone to a flat surface, and the game with other online players will be projected.

The future of gaming

Augmented reality gaming is the integration of game visual and audio content with the user’s environment in real time. With this, the users can use their smartphone to transport all the assets of the game into the real world.

This will provide an excellent gaming experience to the users, as they can play the game in the real world. This opens the door to endless opportunities. Develop the next-gen mobile game with Capermint’s Augmented Reality Game Development Service. Types of AR Games We Can Build How much does it cost to develop an augmented reality game? We offer various advantages with our Augmented Reality Game Development Service that keeps us ahead of the competition and our clients happy.

The work that we do defines us and we want to be defined as the best and therefore, all our apps and games work seamlessly across all devices. App/Games developed by us never lags.

Our developers are serious game lovers, and therefore they know what the audience wants and needs, and with this, they can develop visionary game concepts for you.

Looks do matter when it comes to games. Our talented designers and developers use the most advanced tools and techniques to develop amazing UI & characters for the game.

We understand the cut-throat competition that prevails in the market and therefore we have kept our pricing policy of all our services highly flexible that can fit every budget.

You just have to share your idea, the rest lies to us. From planning, design, development, deployment, testing, launching to after services, we will take care of it all.

As we follow the agile approach, you don’t have to worry about the deadline. Having a team of expert developers is a really great asset that contributes towards timely delivery.

Why is Capermint the Best Augmented Reality Game Development Company? 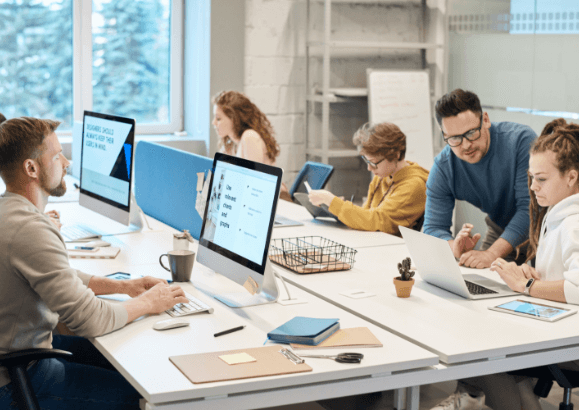 Capermint Technologies develops award-winning AR game apps utilizing multiple and advanced technologies. Our team of app developers understands the psychology of the online users, and likewise, we extend the gaming solutions that ensure to provide a high-defined gaming experience.

The team of AR game developers are highly creative and dedicated to developing AR game apps with high-quality graphics, sound, architecture, and functions.

We want to solve all the queries you may have and answer all the questions that may enter your mind. Therefore, here is a curated list of Frequently Asked Questions about Augmented Reality development that most clients ask. If you have any questions other than these, you can drop a message below or call us.

How much time does it take to develop an Augmented reality mobile game?

It will take around 12 weeks to develop an Augmented Reality Mobile App, and the timeline can increase up to 20 weeks, depending on the features and number of platforms.

Do you provide support for existing game projects?

We provide extensive support for our existing game projects.

Do you help us to increase levels in-game?

Yes, we do help you in increasing as many levels in the game as you want. In fact, increasing the levels of the game falls under our game development process only, and therefore you don't have to worry about the same.

We only have a game concept, would you be able to help us to move forward?

Definitely, Yes, you just need to share your game concept, and we will come up with a cool and appealing game for you.

Can we create cross-platform AR games?

Which technologies do you use to develop AR Games?

We use the following technologies to develop impactful and effective Augmented Reality Mobile apps and games:

What are the Top 5 AR Games

Pokemon Go is an internationally acclaimed AR game that nearly broke the internet when it was launched. The game still ranks in the top 3 grossing mobile games. The Ar feature of the game let’s the user feel the real pokemon experience. It is a location-based AR game. The users can catch the pokemons by using their camera.

Bring the pool game to your house or anywhere. The game will create a pool table on top of any flat surface and then you can use the same to play the pool game. The game features an online multiplayer pool, and therefore you can play the game with players around the world. There are also features like global chat, player profile, and much more.